Pay close attention to the others and without talking try to initiate a collective clap. The intention is to align all claps into one single sound. Try as many times until you succeed.

Start slowly moving your hands in the direction of a single clap, while in sync with the others. Speed up or slow down your hands so that everyone claps at the same time, ending in a collective soundless clap.

While paying attention to the others start to clap. Try to sync your clapping so that it sounds like it's only one person instead of many. Find a collective rhythm with the others. You can end with everyone breaking the rhythm and starting a collective applause. 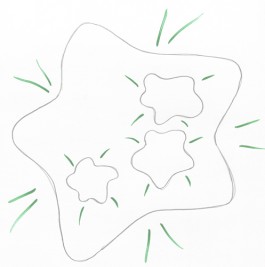