Diogo Rinaldi is an Italo-Brazilian designer, researcher, and educator. He currently investigates the exercise of alternative and experiential educational interactions, focusing on decolonization, horizontality, and co-responsibility. After getting his BA at the Rochester Institute of Technology, in the United States, he moved to Brazil to pursue projects related to social design. For 8 years, he worked together with inmates of a male prison resignifying residues from local industries into functional objects. After moving to Europe in 2015, he worked as a coordinator of the Open Design School in Matera, Italy, helping to implement its structure and program, and co-coordinating its initial projects. In 2018, along with Curdin, he mentored a group of students from the Design Academy Eindhoven, called Offfence, in developing and exercising an alternative design education in Matera, Italy. 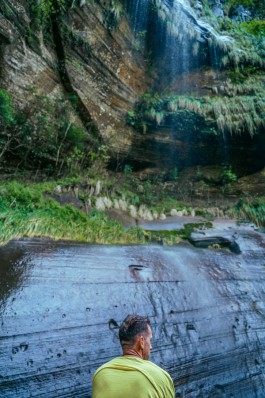